My Relationship Feels Rocky Because He Doesn’t Talk About His Feelings!

I’m Sick of Being Ghosted 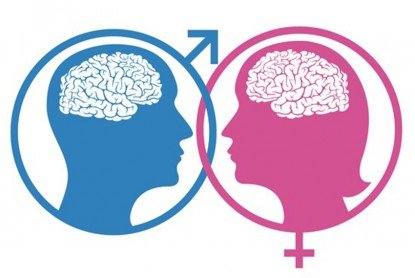 My Relationship Feels Rocky Because He Doesn’t Talk About His Feelings!

I need your help getting my man to talk more about his feelings. I don’t know what’s up or down anymore; just when I think we’re getting along fine everything blows up, and he tells me he’s been bothered about some issue for the longest time. It’s getting to the point where I don’t know what to believe even when we seem to be happy.

Whenever this happens I feel insecure about our relationship for the longest time after, wondering what else he’s not talking about and worrying that one day, out of the blue he’s going to leave me.
I always tell him what’s bothering me and I try to convince him to let me know his issues sooner, instead of keeping things bottled up till he explodes from frustration but it’s just not working. All this leaves me questioning when the next shoe will drop.

How can I get him to be more upfront about what’s on his mind?

This is pretty much the most common man problem I face, including my man. This is one of those things where both biology and conditioning play considerable roles, and it takes a lot of adjusting on our part because while we may be able to help them work through conditioning and create new habits, it’s hard to override the biological wiring in their brains.

But before I start, I want you to have an open mind because some of the stuff I’m going to tell you is going to take some understanding on your part, but this understanding will open up your compassion and help you see your situation in a whole new light.

First, the easy part – biological differences. See, women are designed to process 20,000 words a day while men are made to communicate about 5,000. This means when they think of a problem it’s not in terms of how they’ll state it, but more along the lines of “how will I deal with this?”

It’s common for men to want to retreat to their inner sanctum, call it the man-cave in their minds, and look for ways to either silently tackle the matter at hand or just try to wait out the storm. Most of the time their go-to is waiting it out, hoping that if they stay silent long enough the issue will pass and they won’t have to say anything in the first place.

Failing that, we now face their conditioning. If the environment where they grew up and/or their past relationships were full of fighting and low on resolutions, they might be giving up before they even begin. “What’s the point,” they’re thinking, “saying something isn’t going to get me anywhere anyway.”

And in your situation, they might be right to an extent. Maybe he’s dropped subtle hints at what bothers him but because he only said so once you either forgot or thought since he wasn’t repeating himself everything was okay after all.

You’ve got to be word nerds with men, meaning you have to pay close attention to what they say because they’re so short on words. Don’t think just because he’s not bringing it up once a month it hasn’t been weighing on him for the past 5.

Really think about the things he says, roll them over in your mind, and be conscious of addressing his issues when he mentions them, no matter how casually. Men don’t want to control you or push you around, they want you to be happy. But when you’re not giving what they say enough weight eventually things’ll pile up and next thing you know, whammo.

If he never brings stuff up and simply explodes because you’re not reading his mind, then you need to tell him it’s not fair to get angry at you for anything he’s never talked about before.

Let him know that you’re not going to let him vent his frustrations instead of communicating calmly, then sit down and ask him what he feels the solutions should be for the problems he brings up. Write them down so they’re clear and put them on the fridge. Show him that you’re willing to listen once he’s talking calmly, and that you want to partner with him to make sure solutions are being worked on.

In the meantime, get into the habit of meditating regularly. Go to my You Tube channel and use any of the tracks on my Let’s Meditate playlist. You’ll find a two minute tutorial there if you need help finding out how easy it is. Meditation will shrink the part of your brain that makes you feel anxious, and you’ll be better equipped to let him go through his emotions without letting them negatively affect yours.