How Can I Get Him To Commit?

How Can I Stop Sacrificing Things In My Life To Make My New Partner Happy?

What Do Men Want From Us? 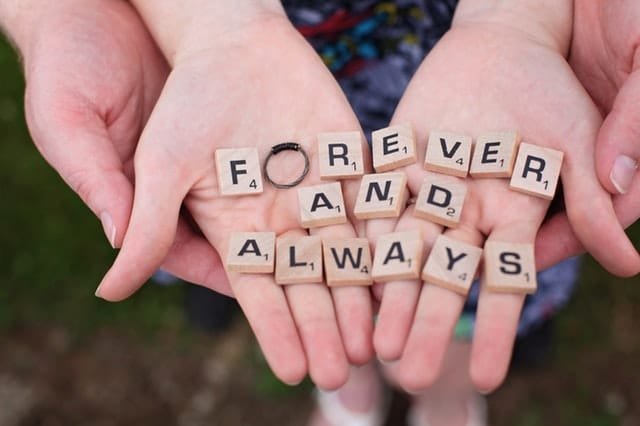 How Can I Get Him To Commit?

Am I the only relationship expert who’s going to keep you from putting the cart before the horse?

Because I’m not going to start this article by pointing out what will or won’t attract that guy you’re wondering about. In fact, I’m about get you to ask yourself the most important question first.

Are you sure you want to?

Look, of course he seems awesome right now. And if you’ve known him for months plus he’s introduced you to his inner circle and you think they’re awesome too, then for sure this is 100% something you want to lean into and explore deeper. And we’ll get to that.

But if this is the early stages and the above criteria hasn’t been met let’s look at WHO he is before asking if we want to nail this one down. Because the last thing I want you to do is spend another 2 years with someone who shouldn’t have lasted more than 2 months.

Like I always say, “Life begins when you ask the right question.”

Don’t be afraid to ask yourself if this guy has really, and I mean really, shown you he’s in this for the long haul.

You’ll have clues, like feeling you come right after the three most important things in his life. You’ll count those first three as Work (hey, a good man is a hardworking man. Don’t take that away from him), Family (especially if he has kids. If he’s a doting dad you’ll want to nurture that trait, cause when they’re grown you get to be the centre of that focus and it ROCKS), and Manly Satisfaction (you want a man, right? So let him do those guy things and feel rounded out so he can bring that satisfaction home).

Don’t be afraid to look at how he manages  his finances, because it speaks volumes about his character.

Being responsible with money today so he’ll have more tomorrow means this one is a long term thinker. Being generous with what he feels he can spend means he’s generous of character. Those traits combined make him someone ideal for building a life with.

Don’t be afraid to examine how he shows what your worth is to him.

I mean, you want to be with a man who feels like you’re valuable, don’t you? Because let’s be real, the opposite of that statement means being with someone who doesn’t feel you’re worth his love, devotion, and affection, and doesn’t value your feelings enough to respect them. You’ll see this in how he listens to you, and gives you what you say you need. And you’ll see it in the little surprises that pop up, because he was thinking that much about you when you were apart. (Is he a Guy or a Man? Click to find out)

Don’t be afraid to ask yourself if you’ve already asked him the harder questions, like “Are you looking for a long term relationship?” and “Are we looking for the same things in a partner?”

Seriously, don’t commit to someone if you haven’t asked those. Only the guys who aren’t serious about you will run away… and you want that.

Now, that being said let’s answer the question of how you seal the deal.

First of all, let’s establish a fact about men that we already know – they dig their heels in when they feel they’re being told what to do.

Look, my script for women trying to get their guys to agree to something starts with the words “I’m not telling you what to do, you’re free to do what you want… ” for a reason. Men are really just that stubborn when it comes to feeling pushed or pulled. They absolutely want free will, and resent anything else.

So you’ve got to be kind of gentle about this, and let them realize it’s what they want if they don’t know that already.

So here’s what you do.

First, have this personal mantra because you’ve got to understand what you deserve before you ask for anything:

The fact is, if you’re prepared to commit and he’s not, you’ve got to have this standard already set in your mind. Are you willing to be in a relationship with someone who isn’t in a relationship with you? Or are you a free agent until someone comes along who really wants to be your  man, and you both understand that you’re a good fit together?

It’s your choice. But if you’re truly looking for the man who’ll be by your 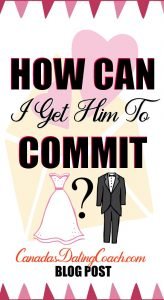 side you won’t occupy that space with someone who hasn’t decided to fill that role yet.

Once you realize this, go have a talk with him. Yes, it takes courage. And if you’ve got the courage to fight for what’s right for you, you’ll get it. Here’s your script:

“I feel I should let you know, I’m actually done my ‘playtime’, which was really fun, but I’m really looking for a long term relationship now. What about you?”

Wait for his answer. If it’s a fast yes, that’s good. He’s already been thinking about this and you’ve been included in those thoughts. From here, you’ll ask if he want’s to be exclusive. If he says yes, there you go! It’s amazing what simple communication can accomplish. But if he stalls, or hems and haws, read on.

If it’s a no, or he hems and haws, you need to realize that this guy hasn’t asked himself yet if you’re a fit for his long term plans.

That means you shouldn’t be committing to him, because he’s not ready. That might have nothing to do with you by the way. Men go through phases and you may have hit him in his in-between stage. (Read more about that here)

Should you get that negative answer, there’s a script that’ll get you moving forward once again. What I love about this is it keeps the door open for him to change his mind, as much as it opens the door for you to find real love.

He might then decide that yes, you are awesome enough for him to step up his commitment. Or he might decide to let you go. Either way, you’re not stalled with someone who isn’t into you enough yet.

“Okay, that’s totally fine! You absolutely have every right to think how you want, and I love clarity so this is good. I just wanted you to know that I’m not committing to anyone right now, and that I’ll be open to dating other people until I find the man I’m committing to.”

This let’s him ask what sort of man you want to commit to, and you can tell him all the qualities it’ll take to fill those shoes by your side. And if you’re smart, you 1) Read No More Assholes so you know how to define that for him and 2) Wait for the man who has those qualities. 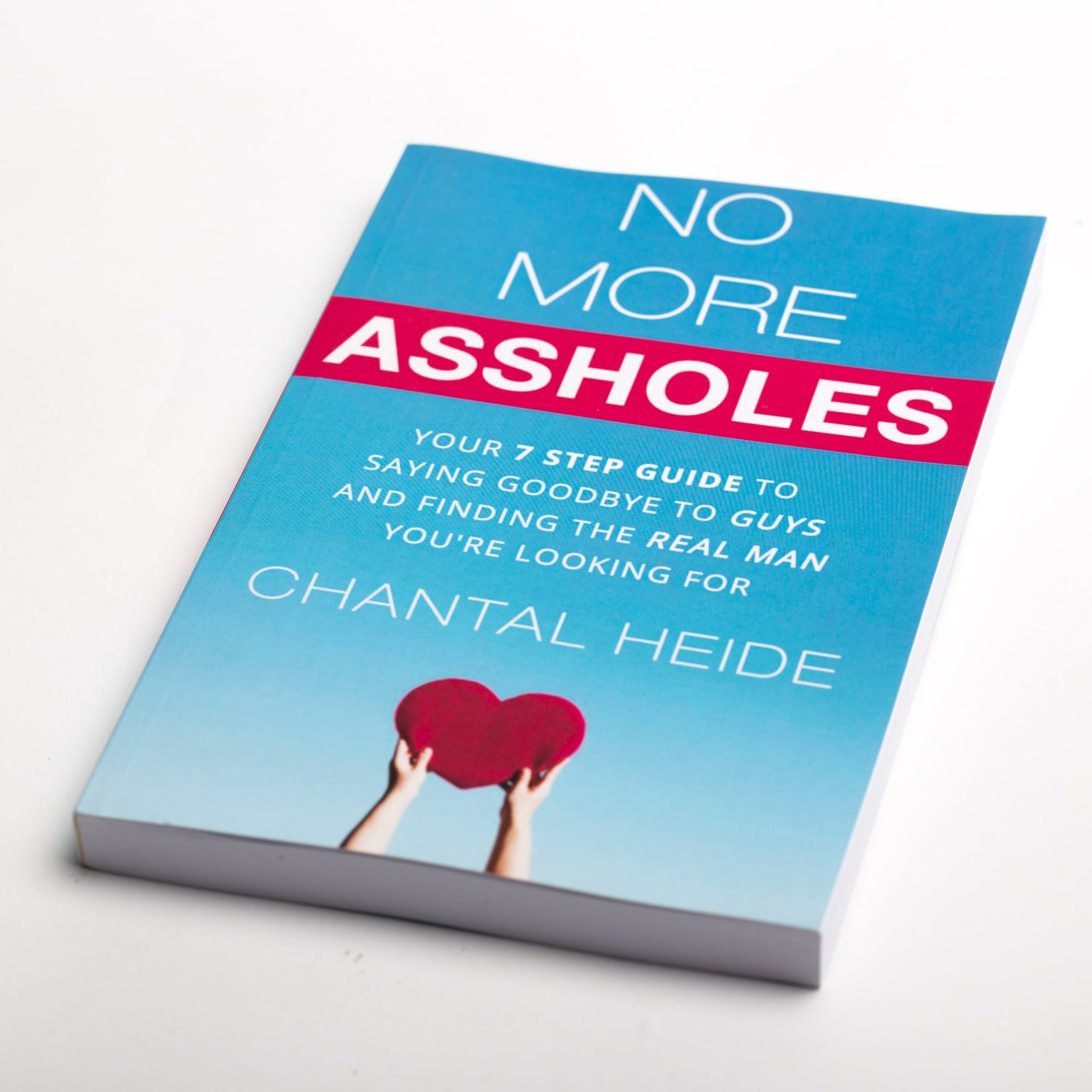 Commit to someone amazing (Click to buy on Amazon)

Listen, if he’s a man who’s looking for the woman he’ll spend his life with, either he’s already seriously exploring you in his mind and heart or is about to because he doesn’t want to lose you to someone else.

But if he’s just playing around or has already decided you’re not the one he’s going to settle down with, guess what? He’s already thinking of the next girl he’ll be with. It’s that simple.

So explore your heart and ask yourself if you’re sure about him for all the right reasons first and foremost, then make sure he’s ready for the same thing you are.